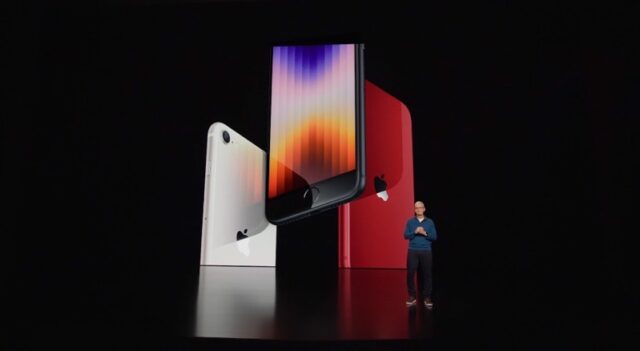 Apple revealed its upcoming entry-level iPhone SE 3. While detailing the new specs and features, the company did not reveal that the third-generation model in fact has an upgraded 4GB of RAM.

According to MacRumors and developer Moritz Sternemann, the third-generation iPhone SE sees an increase in RAM. While compared to the iPhone SE 2’s 3GB of RAM, the iPhone SE 3 features an additional GB of RAM. This report sources information taken from strings of the Xcode 13.3 Release Candidate. This was released by Apple following this week’s event.

Previously, similar strings of Xcode have been used to accurately reveal the amount of RAM previous iPhone and iPad models featured. It’s proved to be a reliable source for those able to dissect it and analyze it. In the past, Xcode has been able to identify the 4GB of RAM of the iPad mini 6.

With the iPhone SE 3 having an increased amount of RAM, it can be expected that the device will be able to run multiple apps more efficiently. Photography and video editing will also see a benefit as the upgraded hardware will be able to store more computing memory.

Preorders for the iPhone SE 3 start tomorrow here in Canada. Those interested in securing theirs prior to the March 18 release can preorder starting at 8 AM ET/ 5 AM PT.

Apple is in some hot water once more as a federal lawsuit regarding its AirTags has been issued in San Fransisco court. Two women filed to sue the company, with one alleging that an AirTag was used by an ex-boyfriend to stalk them. The lawsuit was filed this week and largely criticizes Apple's safety protocols...
Steve Vegvari
14 hours ago