iPhone users are likely to spend more on carrier bills than any other handset users, be they Android, BlackBerry or Windows Phone, according to the most recent poll published by Consumer Intelligence Research Partners (CIRP) (Via AllThingsD). 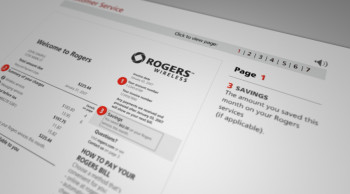 From what they have learned during their study, about 60% of iPhone users surveyed between October and December 2012 spent more than $100 on a monthly basis on their wireless plan, with 10% paying out $200 or more. Interestingly, though, only 6% pay $50 or less, while 13% of Android users fell into this category.

Another interesting highlight of the CIRP study is that the largest number of fees (about 47%) are between $101 and $200, while wireless bills over $200 account for only 9% of the total.

One possible explanation for iPhone users paying higher bills than other handset owners is their data plans and carriers. Most of the data plans offered with the iPhone are expensive, unlike those available to Android users, some of which are on prepaid or unsubsidized plans with regional carriers, CIRP co-founder Michael Levin explained.

However, this doesn’t quite mean carriers are making more money from iPhone users, at least from CIRP’s perspective.

As Tim Cook pointed out during the earnings call, carriers are paying roughly $400 in subsidies, which is far less than they make with a three-year contract.

The CIRP study also shows that iOS and Android are the stickiest mobile platforms. About 88% of iPhone activations came from previous iPhone users, and 64% Android users were from prior Android users.