The U.S. International Trade Commission (ITC) has today announced that it has accepted Samsung’s request to review the preliminary ruling made by Judge Thomas Pender last year that Samsung infringed on four Apple patents, reports the Korea Times. Judge Pender had recommended the ITC to order a ban on the U.S. imports of Samsung devices found to infringe on Apple patents. Pender will now review the case with regards to two of the four disputed patents. 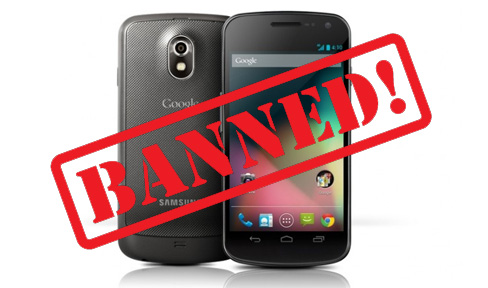 In addition to banning Samsung product sales in the U.S., Judge had also ordered a bond set at 88% of the value of all of Samsung mobile phones sold during the 60-day presidential review period. According to Samsung officials, the final decision originally scheduled for March 27, will now however be pushed back. Some analysts are claiming that  ITC’s decision to review the decision is due to conflicting rulings from different government agencies.

Samsung Electronics has successfully persuaded a U.S. trade panel to rethink its judgment that more than a dozen of its mobile phones and smartphones violated Apple patents.

The U.S. International Trade Commission (ITC), which specializes in patent disputes, announced Thursday that it has accepted the Korean technology giant’s request to review the preliminary ruling made by agency judge Thomas Pender last October that Samsung infringed on four Apple patents. Pender will now review the case with regards to two of the four disputed patents.