Last week, Sir Jony Ive, Senior Vice President of Industrial Design for Apple, was awarded the U.K.’s highest children’s award, the gold Blue Peter badge, which is the highest accolade given out by the BBC’s Blue Peter program. Today, 9to5Mac has shared the full Jony Ive clip from the technology special, where he talks about Apple’s ‘out of the box’ thinking on product naming and a “little-known connection to David Beckham”. 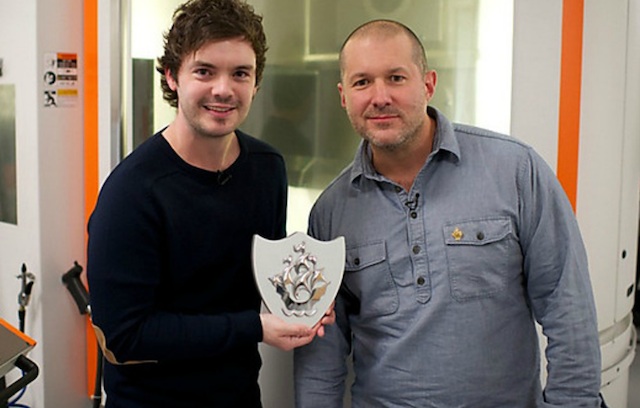 Jony Ive was presented with the gold badge by Barney Harwood, one of the show’s presenters, as part of a special Blue Peter edition on gadgets. Merely a 1,000 badges have been presented during the programs’s 55 year history, with receivers of the badge including David Beckham, J.K. Rowling, Tom Daley, Damian Hirst and the Queen.

“If we’re thinking of a lunchbox, we’d be really careful about not having the word ‘box’… already give you bunch of ideas that could be quite narrow. Because you think of a box being a square and like a cube. And so we’re quite careful with the words we use because those can sort of determine the path that you go down”.