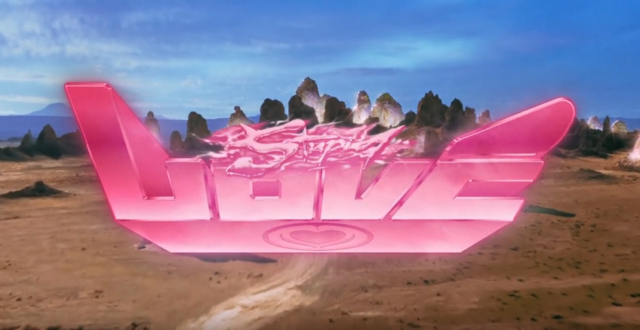 The campaign on social media saw Lady Gaga tease the video on her Twitter. Along with a slice of the video clipped out for her eager audience, she also accompanied the clips with “#ShotOniPhone”.

The campaign continued and was also included in her tweet celebrating the music video’s launch. The description for Stupid Love’s music video also notes that it was shot entirely on iPhone 11 Pro. Filmmaker  Daniel Askill directed the music video, which sees Lady Gaga and a group of dancers on an alien-like planet. The video is conceptualized to be an homage to early sci-fi movies.

Apple had also been teasing the music video itself. On the Apple YouTube channel, a teaser for Stupid Love was published, ending with the “Shot On iPhone” and the Apple logo at the end. Apple’s video stated that the video was shot using the ‘Filmic Pro’ app, noting that additional hardware and professional editing helped bring the video to fruition.

This is Lady Gaga’s first new song since she created songs for the film ‘A Star is Born’. ‘Stupid Love’ is now available on Apple Music and other music streaming services.

Apple is in some hot water once more as a federal lawsuit regarding its AirTags has been issued in San Fransisco court. Two women filed to sue the company, with one alleging that an AirTag was used by an ex-boyfriend to stalk them. The lawsuit was filed this week and largely criticizes Apple's safety protocols...
Steve Vegvari
14 hours ago