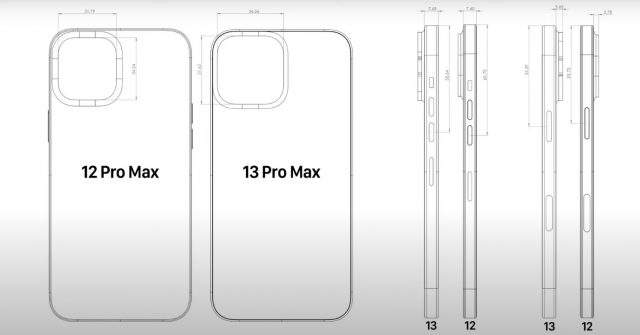 Leaked designs of what is supposedly Apple’s iPhone 13 Pro Max depict the device’s camera module may be slightly larger than what we’re used to seeing from the iPhone 12.

Per the video, Apple is said to be increasing the size of the camera module across all iPhone 13 models. The module itself is sized to be a perfect square located on the top left corner on the rear side of the device. The iPhone 12 Pro Max sports a module of 31.79mm x 34.24mm. EverythingApplePro claims the iPhone 13 Pro Max will feature a module sized at 36.56mm x 37.62mm. The iPhone 13 is also said to have thicker lenses. Although the increase in size is minimal, the new lenses will increase the thickness of the device by less than 1mm. 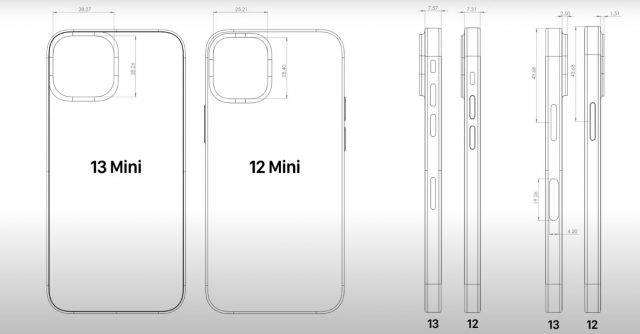 The iPhone 13 is said to be more of an ‘S’ type upgrade to the iPhone 12. Though, it’s been previously reported that Apple is looking into providing substantial upgrades in its camera offerings in the future. Earlier this week, Apple analyst Ming-Chi Kuo stated that 2022’s iPhones are expected to offer 8K video and DSLR-quality image sensors. Additionally, Kuo believes that the iPhone 13 Mini will be the last Mini model.