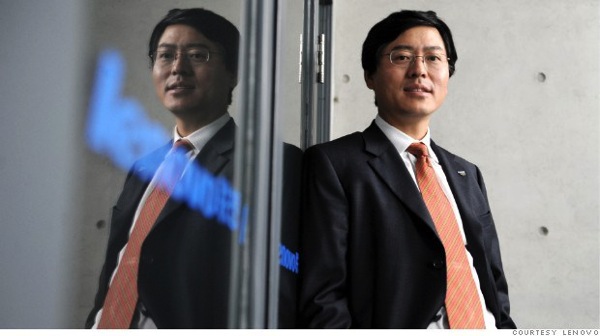 Google has surprised many in the tech industry by selling off its Motorola unit. The surprise element of the announcement wasn’t quite the sale, but the price: The search giant bought Motorola for $12.5 billion, so some called it the worst investment in Google’s history. But what does Lenovo think about its recent purchase? Fortune tried to find out in an interview with Lenovo CEO Yanquing Yang.

Yang thinks of Motorola as a complementary element to its business, which will help them win in the smartphone industry. As he points out, Lenovo’s interest in Motorola started several years ago (back in 2011), when the company split into two companies: Motorola Mobility and Motorola Solutions. He even told Eric Schmidt right after Google bought Motorola.

We are very complementary to each other. Together we can win in the smartphone industry. I wish we could sell more than 100 million smartphones together in the year 2015. […] Regarding the product portfolio, we don’t want to be playing just in the entry level or to be viewed as a cheaper brand. We want to compete in the full range of the product line, including the premium segment. Both Lenovo and Motorola have the DNA of innovation. I believe we can develop a very innovative or very premium product. Meanwhile, we should be more competitive in the entry level given that Lenovo has global scale in our manufacturing capabilities and operational efficiency.

Just 17 months later, he received a phone call from Schmidt reminding him about his interest. It wasn’t a hard decision: In two months, they closed the deal.

Given Motorola’s and Lenovo’s DNA of innovation, Yang believes they can work out a very innovative and premium product with one strong mission: to surpass Apple and Samsung, which currently lead the smartphone race.

When asked about the similarities between this deal and the acquisition of IBM’s PC business Yang said:

I think there are lots of similarities. We are definitely complementary, so we can replicate the success we’ve had with the ThinkPad in the PC business. I think this is a good deal for both Google and Lenovo. Together, we can win more market [share] and have a worldwide footprint.