Logitech today unveiled the Logitech Harmony Smart Keyboard, a product that aims to replace the accompanying remotes of streaming-media devices such as the Apple TV, Roku, and game consoles. 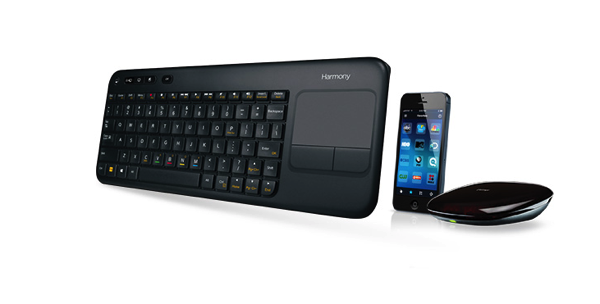 The keyboard includes a touchpad and key buttons such as “Guide”, “Pause”, “Play”, and “Channel up” or Channel Down”, alongside game console navigation buttons. Most importantly, the Logitech Harmony Smart Keyboard enables users to control their Apple TV with the help of the accompanying device, the Harmony Hub.

This device is compatible with more than 225,000 devices and more than 5,000 brands. The Harmony Hub is responsible for turning signals from the Harmony Smart Keyboard into IR, Wi-Fi, and Bluetooth commands that the Apple TV (or other devices) understand. Logitech also promises easy set up, with the help of the Harmony app for iPhone (or Android phone).

The Logitech Harmony Smart Keyboard costs $149.99, and you can pre-order it now to get free shipping.