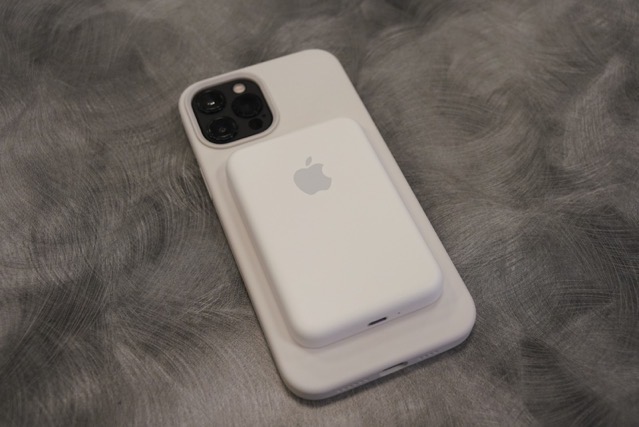 Apple’s MagSafe Battery Pack is now able to charge at a faster 7.5W thanks to a recent firmware update. Charging abilities are now raised from the previous 5W.

The latest firmware update for the MagSafe Battery Pack became available earlier this week. As MacRumors reports, the 2.7.b.0 update brought the ability to charge at a faster and higher rate.

In order to receive 7.5W charging, the 2.7.b.0 update is required. Users can double-check which firmware their device is running by attaching it to an iPhone. By navigating to ‘Settings,’ users can go to ‘General’ and click ‘About.’ ‌Here, they can see the current firmware that’s being used.

Even with the latest update, the MagSafe Battery Pack’s best charging status is when it is plugged in. When using a Lightning cable, the battery can charge at its full 15W. Though, a power source is required for the MagSafe Battery Pack to ever reach that potential. However, the 7.5W charge is very comparable to other Qi chargers.

December 1st marks World AIDS Day and Apple is continuing to support Global Fund in its worldwide fight to stop AIDS. In doing so, Apple Stores around the world are promoting (PRODUCT)RED displays and products. Additionally, Apple is promoting apps, videos, and other materials on its products to help increase visibility. Since 2006, Apple has...
Steve Vegvari
19 hours ago