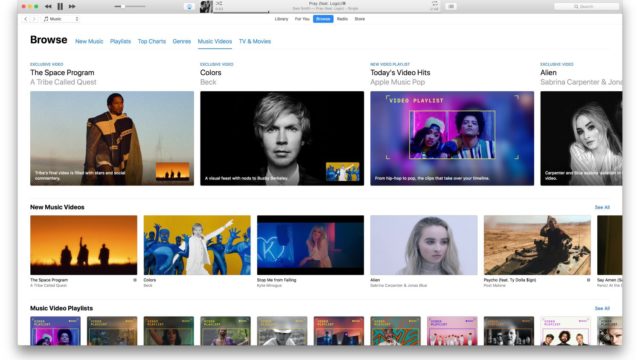 Apple may be working on a new app, set to release on Windows 10. According to a recent rumour, the new Apple app is coming to the Microsoft Store “soon”.

While Apple continues to effectively maintain the current iTunes app for Windows, there is a product of its time. iTunes has long been discontinued on macOS and replaced by standalone applications. On top of that, the services provided within the iTunes app on Windows is limited. However, as reported by 9to5Mac, Italian blog site Aggiornamenti Lumia indicates that a new app is on the way.

A new @Apple app coming soon to the Microsoft Store? 👀

As for what this new app could bring to the table, a logical guess is that it will clean up the current iTunes app. As of now, there is no way for PC users to natively stream Apple TV+ content. The only workaround the accessing Apple TV+ is by going to the Apple website. Perhaps Apple is looking into integrating Apple TV+ into the iTunes app.

Another plausible avenue is that Apple may implement a dedicated Apple Music app on Windows. As of now, Apple’s streaming platform is only accessible through the iTunes app. On the Mac side, the assortment of apps and services once under the iTunes umbrella have been broken up into their own respective portals.

It’s worth noting that as 9to5Mac as pointed out, Apple was hiring engineers last year with a focus to “build the next generation of media apps for Windows.” The company specifically called for those with Universal Windows Platform (UWP) experience.