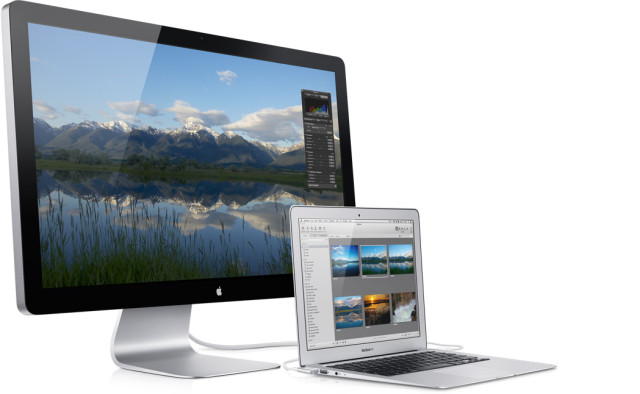 Apple may update its Thunderbolt displays soon with 4K display products, AmongTech suggests. The speculation comes hot on the heels of a recent AU Optronics product launch of two new display panels: 27-inch and 32-inch panels spotted by a Reddit user, which shows that AUO has started producing these panels.

Apple has ordered panels from LG for its Thunderbolt displays and allegedly dropped AUO as its iPad mini display supplier due to production issues. From this perspective, it is unclear whether or not Apple would sign a deal once again with a supplier that failed to meet its expectations in the past.

Also, as Eric Slivka of MacRumors points out, even if Apple decides to go with 4K displays, there are too many unanswered questions, such as timing (mass production of AUO’s panels won’t start until Q1 2014), and why not opt for the wider 4096 x 2160 Cinema K standard? The latter could make more sense, since the Mac Pro will target professionals, and that includes film industry professionals as well.

The NFL has announced that Apple Music is now the official partner of the Super Bowl Halftime Show. 2023's Super Bowl LVII will mark the first in which the Cupertino company replaces Pepsi in a multi-year partnership with the NFL. According to the NFL, the deal with Apple Music is focused on "bringing Apple's creativity...
Steve Vegvari
22 hours ago