Pictures of Ashton Kutcher as Steve Jobs went viral on the web, and shocked the world by the physical similarities the actor has to Jobs. USA Today published Thursday a new set of images, but this time we have “Steve Wozniak” on the picture as portrayed by Josh Gad. 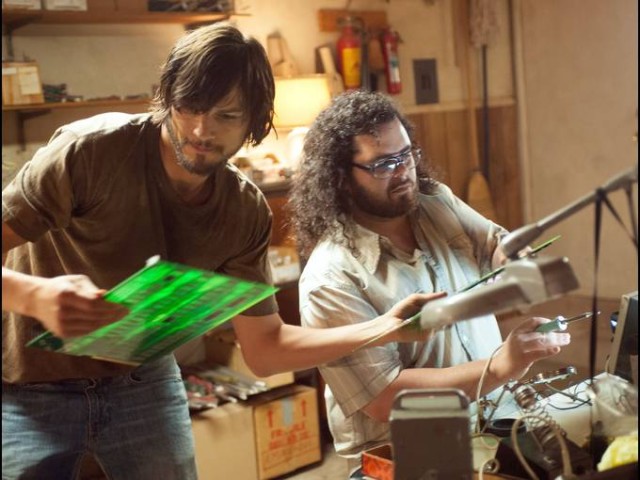 The movie making its world premiere as the closing-night film for the Sundance meant new challenges for Josh Gad, who said, commenting on Kutcher and Steve Jobs physical similarities, “When he [Kutcher] showed up, it sent a ripple of shock throughout the set. Everyone was like, ‘We’re in the presence of Jobs. Let’s go do this'”. 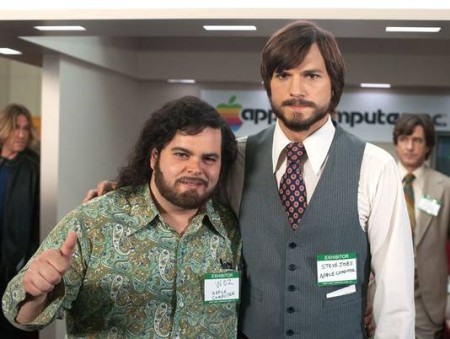 To portray Apple’s co-founder Steve Wozniak, Gad studied “literally hundreds” of hours of Wozniak footage, read everything he could find about him and even took programming courses to tap into the mindset, making him feel like he was in college.

Yet Gad’s transformation wasn’t as easy as Kutcher’s, as he needed a fake beard and his hair straightened every morning while filming the scenes.

“Unfortunately it was a grueling two-hour process each day, where my face felt like it needed to be ripped off,” he says. “The first night I went to bed, I was literally stuck to my pillow. It was sick, sick glue.”

The jOBS movie, directed by Joshua Michael Stern, covers the beginnings of Apple in the 1970s to the launch of the first iPod in 2001. Are you eager to see the movie? We surely are!