Kids turn out to be more interested in getting iPad, iPad mini, iPod Touch and iPhone for Christmas over any other gaming devices and consumer electronics, a recent Nielsen study reveals (Via Cult of Mac). 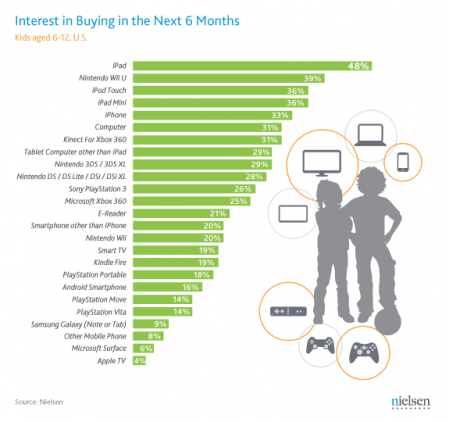 Nearly half of the American kids surveyed aged between 6 and 12 are eager to receive a full-sized iPad and 36% expressed interest in the recently introduced iPad mini. But other iOS devices like the iPod Touch (No. 3 position on the “interest in buying” list) and iPhone (No. 5) are among the top gadgets kids would love to have in the next six months.

As for the dedicated gaming devices, Nintendo Wii U is still among the most sought after devices kids would love to have, with 39% of the surveyed kids choosing this just-released gaming console. 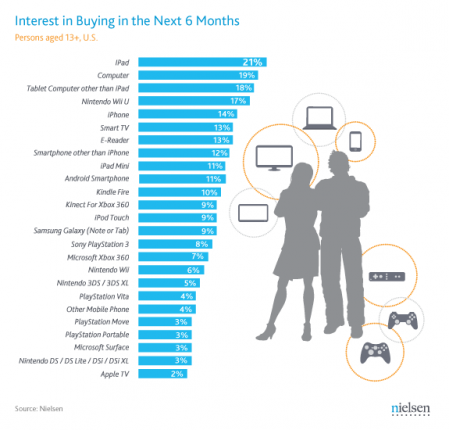 iPad is the winner (again) among Young consumers aged 13 and older, as 21% of the surveyed American kids chose Apple’s full-sized tablet as their most wanted device. This is a slight drop from 24% recorded last year. They were also interested in purchasing the Wii U, the iPhone and smart TVs.

What Apple device will you be buying for Christmas?