In response to a complaint filed by a group of national labor unions, seven Apple Stores in France have been banned by a court in Paris from forcing employees to work late at night, according to a report published by The Verge. The report also claims that the court has ordered Apple to pay €10,000 in damages to the unions who filed the suit, warning that the company would face an additional fine of €50,000 for every subsequent infraction. 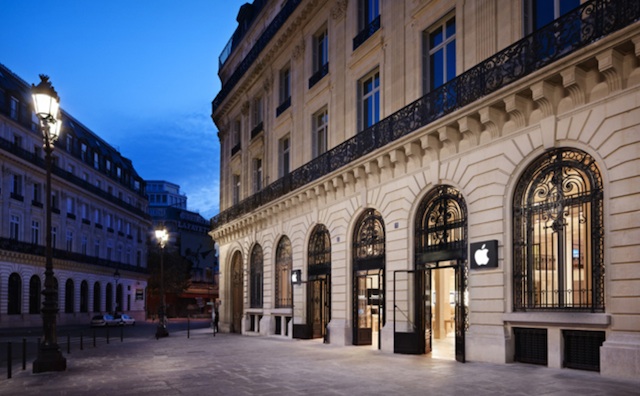 The source notes that according to French labor laws, companies can only require employees to work between the hours of 9PM and 6AM “if they prove that doing so is necessary to maintain economic activity or to provide social services”. The Apple Stores in France all officially close at 9PM, but employees are often required to stay as late as 11PM in order to shut down and clean the facilities.

The CFTC, one of the six unions that filed the suit, hailed Tuesday’s decision as a “severe condamnation” of the practices in place at French Apple stores, telling the AFP that it underscores the court’s determination to respect the laws governing night employment. “We are asking only that the law be respected,” added Thomas Bordage of the labor union SUD.

Another French court is expected to hand down a decision on this case next month.

The Apple TV+ original series Shrinking is now available to stream in Canada. Jason Segel and Harrison Ford star in a comedic drama series centred around a therapist that decided to approach his role in a new way by taking the filter off and giving unbridled honesty and advice. Shrinking stars Segel as James Lair,...
Steve Vegvari
22 hours ago