Apple has been awarded a new ‘open-to-app’ patent by the U.S. Patent and Trademark Office as a continuation of its ‘slide-to-unlock’ patent, hinting at company’s intentions to bring further functionality to the feature in future, reveals a report by the Apple Insider. 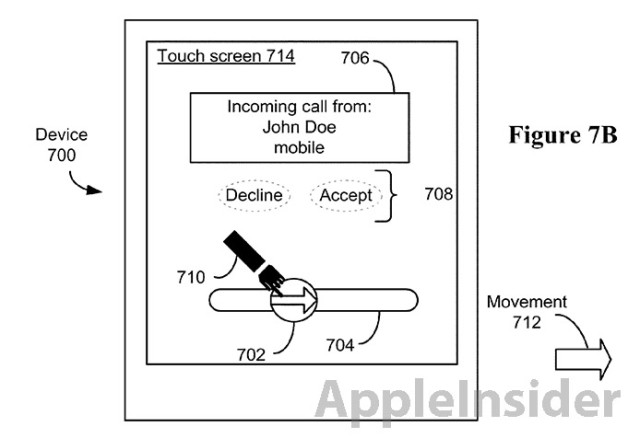 The newly-granted patent adds significant language to the ‘slide-to-unlock’ feature regarding what is displayed on screen after the unlock gesture is performed, adds the source. The filing details that an unlock gesture transitions from one application to another, for example, from a telephone application to a music player or vice versa. The lock/unlock feature may however apply to specific applications that are executing on the device, as opposed to the device as a whole.

It must be pointed out that Apple is currently leveraging its ‘slide-to-unlock’ property against a number of Samsung handsets and tablets in an ongoing patent litigation.

For example, nowhere in the ‘721 patent’s 15 claims is the word “application” mentioned, whereas Tuesday’s continuation notes the term 8 times in 12 claims. Each time the ‘103 patent points out “application,” it refers to the unlock gesture “transitioning the device to an application,” such as the phone or mail apps. […]

The slight change may not appear substantial, but with Apple’s ongoing patent struggle, the “transition to application” verbiage may be powerful against certain iterations of devices running Google’s Android operating system.