PebbleOS Update Brings Do Not Disturb, Improved Notifications, and More 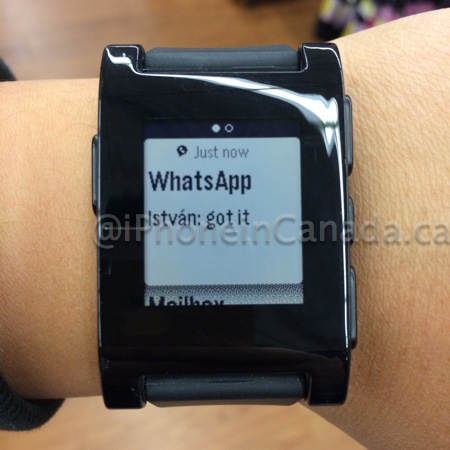 Pebble has announced the release of PebbleOS v1.14, an update that brings a most welcome “do not disturb” and a new “snooze alarm” feature, alongside other enhancements and fixes.

You can find the new features listed below:

PebbleOS v1.14 also fixes an important issue that put the Pebble smart watch into “Recovery Mode” immediately after updating to v1.13, and fixes dropped Bluetooth connections, and also aims to fix the issue of when the Called ID info wouldn’t display after receiving a missed call, among other software improvements.

The company has also announced the release of Beta 3 of Pebble SDK 2.0, with bug fixes, stability improvements, and new features.

To upgrade to the latest Pebble OS, you need only to open the Pebble iOS app.