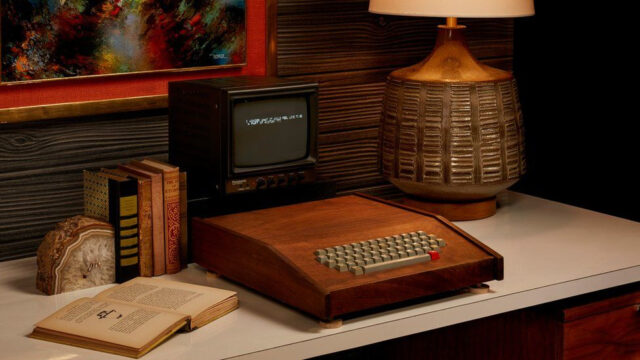 A very rare working Apple-1, fitted within a Hawaiian koa wood case, has sold at an auction for $500,000 in the US.

In total, only 200 koa wood Apple-1 sets have been made. This specific unit has only had two owners in the past. According to the BBC, John Moran Auctioneers in California has stated that the first was a college professor. The second owner was in fact his student to who he sold the unit for $650 in 1977.

The koa wood case was added by California computer retailer ByteShop. The auctioned sale is said to include user manuals and two cassette tapes containing Apple software. A copy of the professional authentication and condition report was included alongside a proof of life DVD. On top of that, the Apple-1 is still in working condition. In 2021, it’s said there is an estimated 20 Apple-1 units around the world that are in functioning order.

The Apple-1, as indicated by the name, was the first piece of hardware developed by Steve Jobs, Steve Wozniak, and Ronald Wayne when the company was founded on April 1st, 1976. That year, the Apple-1 went into production and the computers were sold for $666.66.