Apple is lining up suppliers for the next-generation MacBook Air rumoured to launch in the third quarter of 2013, Taiwanese newspaper Economic Times (via Macotakara) reports. 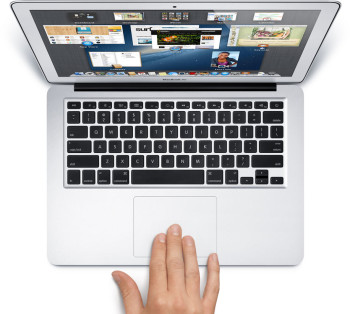 The next-generation popular portable computer will not only benefit from internal upgrades like Intel’s new Haswell platform, but will also reportedly receive a “facelift” with external features including the possibility of a Retina Display. According to the report, Apple’s suppliers will start shipping components to the company’s assembly partner starting the second quarter of this year.

Today’s report seems to reinforce the earlier forecast of Ming-Chi Kuo, a KGI Securities analyst’s, who said Apple will refresh the MacBook Air product line as early as the second quarter. However, according to his forecast the Retina Display for MacBook Air remains a challenge, as it requires an improved battery – which will obviously trigger a major redesign to accommodate a thicker display and the redesigned battery.

The next question is obviously about the pricing: If the rumours are true and Apple will indeed upgrade its MacBook Air line to Retina Display, we expect the company to offer both Retina and non-Retina versions just like it did with the MacBook Pro line, as the improved display will likely push the pricing up. This way, Apple can offer both a high-end and a low-end version of the same device.