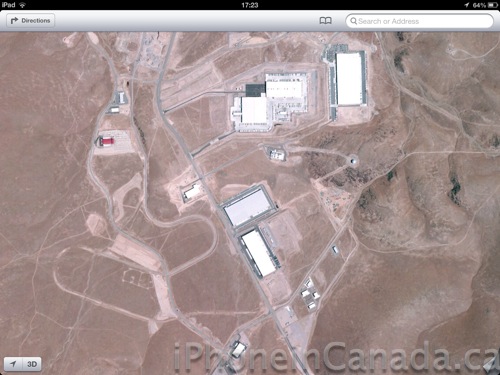 Apple Insider reports that an initial segment of Apple’s latest data center near Reno, Nevada, is just days away from going online.


Apple has invested heavily in several facilities built in Maiden, N.C., which went online within one year after the company broke ground. Additionally, Apple started working on a parallel project last October, which is currently under construction in Prineville, Oregon.

What’s surprising, Apple Insider highlights, is that the Reno data center is only 460 miles from the Prineville center; and, secondly, the Reno data center was rushed to go online. “As the project site was still being finalized, the company asked for permission to begin work on an initial, aproximately 20,000-square-foot structure to get head start on the construction project,” the source reports.

The initial Reno facility has only basic fencing in place, but it is already staffed with security personnel and surrounded by black lamp posts outfitted with cameras. With the structure being finished, and as a source close to Apple’s plans whispered to Apple Insider, it will go online somewhere in the upcoming weeks.