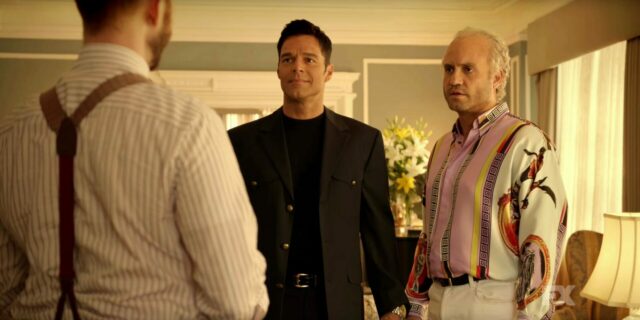 According to Deadline, Martin secured the role of the male lead of the series, Robert. The news was discovered as Martin prepared to perform at the American Foundation for Aids Research gala later this week alongside Christina Aguilera and other artists.

Mrs. American Pie is based on the novel Mr. and Mrs. American Pie, written by Juliet McDaniel. It’s being produced as a 10-part period comedy series for Apple TV+. In addition to Martin, Mrs. America Pie will star Kristen Wiig and Alison Janney. Wiig stars as Maxine Simmons. The character is described as a woman attempting to secure her seat at the Palm Beach high society, America’s most exclusive table.

The series was developed by Dern alongside Jayme Lemons, her producing partner. Sylvia, will write, exec produce and showrun the series.

Martin’s filmography is fairly limited when compared to his career as a singer and superstar. His latest substantial role was in American Crime Story‘s second season The Assassination of Gianni Versace. Martin played Antonio D’Amico. Martin has also had minor roles in Glee, and Jingle Jangle: A Christmas Journey. The report claims Martin is looking for more significant roles as a way to expand his footprint in acting.

Currently, there is no word on when Mrs. American Pie is due to debut on Apple TV+