Russia recognises Steve Jobs and his work as a tech innovator and Apple co-founder with a giant replica of a black, late model iPhone. 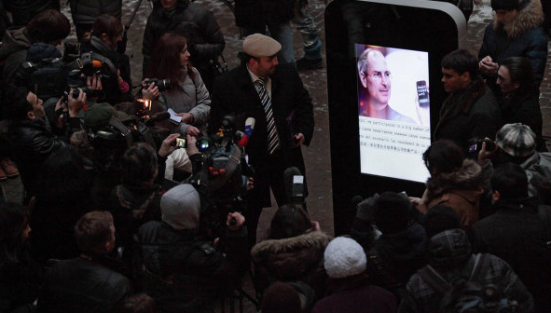 As the Russian Ria Novosti reports, the memorial was unveiled on the sixth anniversary of the iPhone, in Saint Petersburg. The monument is located in the courtyard of the National Research University of Information Technologies, Mechanics and Optics.

The giant iPhone has a built-in screen displaying a photo and video of Jobs’s life, and on its back has a QR code that smartphone users can scan and will be directed to a website dedicated to Steve Jobs’ memory. 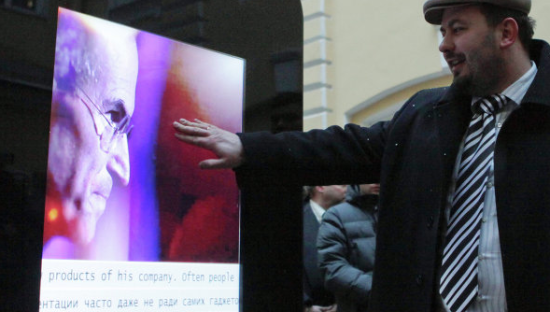 The “Sunny QR Code”, as the creator, a St Petersburg native Gleb Tarasov calls the monument, was selected out of 200 project ideas submitted to the Progress IT Fund.