Just two weeks after Samsung stated that it did not find any under-age workers while auditing its suppliers, China Labor Watch discovered child labour, in its supply chain, questioning the South Korean manufacturer’s claims and audit effectiveness. 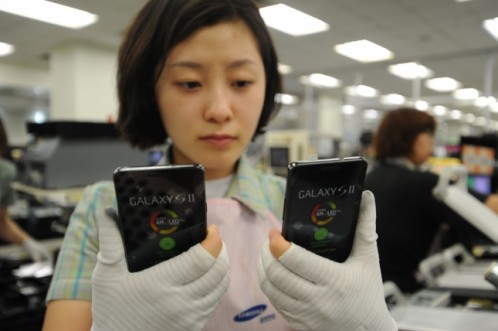 According to the press release issued by China Labor Watch, he three girls work overtime hours in excess of 13 hours per day, and they get paid below the legal standard, even though their monthly overtime hours surpasses 150 hours.

As a comparison, here is Samsung’s statement issued on November 26:

“The Samsung audit team, comprising 121 trained and certified employees, undertook this urgent and broad-scale action to ensure our suppliers in China are compliant with applicable labor laws and Samsung’s Supplier Code of Conduct.

Samsung did not identify any instance of child labor during the audits after reviewing HR records of all workers aged below 18 and conducting face-to-face ID checks. However, the audit identified several instances of inadequate practices at the facilities, including overtime hours in excess of local regulations, management of supplier companies holding copies of labor contracts, and the imposition of a system of fines for lateness or absences.

Samsung is currently reviewing 144 more supplier companies in China, which will be completed by the end of this year. From 2013, Samsung will ensure the independence of the audits and continue to monitor working conditions at 249 Samsung suppliers in China through the Validated Audit Process of the Electronic Industry Citizenship Coalition, a third party audit program.”

You may recall that Apple faced similar allegations, with The New York Times publishing an extensive piece profiling the working conditions of workers employed within Apple’s supply chain. Apple responded by releasing its annual report on supplier responsibility and even invited journalists to visit the Foxconn factory.