Samsung Defends Use of Plastic, Would Rather Create “Life Companion”

The launch of the Samsung Galaxy S4 has brought mixed reviews: commentators were impressed with the tech specs of the latest flagship handset, but the theatrical presentation couldn’t hide the fact that the company has stuck with plastic. 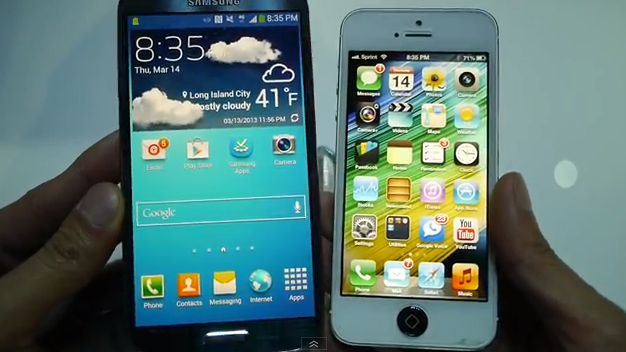 Speaking at Engadget’s Expand conference (Via Apple Insider), Samsung Design America head Dennis Miloseski tried to defend the company’s decision, claiming materials in handset design aren’t as important as the experience. This sounds a bit strange, however, as the first interaction is physical — the touch and feel — simply because you hold it in your hands.

“Actually, the global design process has been raised,” Miloseski said. “We’re making devices thinner and lighter, screens more beautiful. With Samsung, it’s less about that but more about building a meaningful relationship with technology.”

For Samsung, the most important factor when creating the Galaxy S4 was to create a “soul for a device”:

“As these devices become smarter, letting them sense where you are and adjusting to that, it’s known that design will improve over time,” Miloseski said. “But now, we’re thinking about: how do you create a soul for a device.”

And you may recall the motto of the S4 is “life companion”, a device that learns the owner’s behaviours, and adjusts its features accordingly. Miloseski, however, left the possibility open that Samsung would use materials other than plastic, but he emphasized that the manufacturer is focusing on the software aspects rather than the materials. Here is why:

“The,” he said. “It doesn’t start with us saying, ‘Okay, we’re going to make a device that uses metal.’ The design process starts with a story. For a device [like the GS4], which is global and sells around the world, it’s a matter of going into many different tastes.”

An interesting highlight of how Samsung sees the future of handsets: We take our handsets of our pockets less and less:

“As the technology moves forward,” he explained, “we may find we’re taking these devices out of our pockets less and less, so you may see different form factors arising from that.

What about you? Do you take your smartphone out of your pocket less?

An Alaskan snowmobiler who found himself in need of assistance is the first reported person to utilize Apple's Emergency SOS via Satellite service. According to Alaska State Troopers (via 9to5Mac), an adult male travelling from Noorvik to Kotzebue on a snowmobile activated the Emergency SOS via Satellite service on his iPhone. On December 1st, at...
Steve Vegvari
21 hours ago

The operating system (OS) for Apple's long-rumoured mixed reality headset is now reported to be dubbed "xrOS." This naming convention comes following reports that Apple was naming its AR/VR headset OS "RealityOS." In a report from Bloomberg, Apple's new naming convention appears to have come out of nowhere. However, the report goes on to state...
Steve Vegvari
22 hours ago