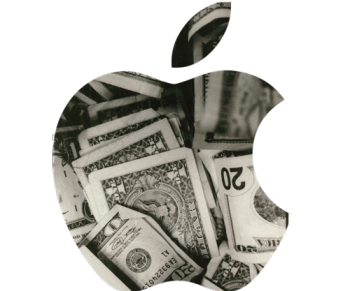 One highlight of the report is the growth of Apple device shipments, which is particularly interesting because analysts have been busy raising the red flag when talking about Apple’s growth.

Turns out Apple has closed the gap on Samsung during the last quarter of 2012, recording a 5.2% growth in shipments, reaching 20.3% of unit shipments in the holiday quarter, right behind the world leader, Samsung, which dropped from 21.8% to 21.2% in the same period.

Looking specifically at the results for the fourth quarter of 2012 (4Q12), combined shipments of desktop PCs, notebook PCs, tablets, and smartphones was nearly 378 million and revenues were more than $168 billion. In terms of market share, Apple significantly closed the gap with market leader Samsung in the quarter, as the combination of Apple’s iPhone 5 and iPad Mini brought Apple up to 20.3% unit shipment share versus 21.2% for Samsung.

Another interesting highlight of the report: Apple has been dominating its South Korean rival with regard to revenue, taking 30.7% of the market, compared to Samsung’s 20.4%.

On a revenue basis for the fourth quarter, Apple continued to dominate with 30.7% share versus 20.4% share for Samsung.

The most recent study emphasized the high demand for tablets, with the iPad and iPad mini leading the market. To put that into numbers: The demand for post-PC devices has triggered a 78.4% growth in tablet shipments YOY.