Samsung Executive to Apple: “We Litigate, Not Negotiate”

Samsung isn’t eager to follow HTC’s example by settling its patent disputes with Apple. According to a report from Agence France Presse, a top Samsung executive says the company has no plans for negotiation; instead, they will proceed with litigation. 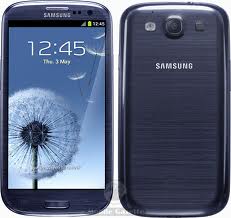 “We have no such intention,” J.K. Shin, the head of Samsung Electronics’ mobile unit told reporters on Wednesday when asked if Samsung would seek a similar settlement.

Fact is, Samsung’s position was clear from the beginning: you may recall there were several court-mediated discussion attempts between the two companies during the trial of the twenty-first century, and each one failed.

From this perspective, Samsung’s position is obvious: it doesn’t want to negotiate, especially now, since it has appealed against the $1 billion ruling and has a chance of winning. Secondly, the Samsung Galaxy S3 has become the most popular handset worldwide, and the South Korean company has high hopes of maintaining its No. 1 position during the holiday quarter, as well.