According to a report by CNET Australia, Samsung is setting up another marketing ploy against Apple by showing off its maps app in a new ad campaign. The following photo has been taken from Samsung’s campaign, showing an SUV besides a tent and other camping equipment and a board that reads “Oops, should have got a Samsung Galaxy SIII”. 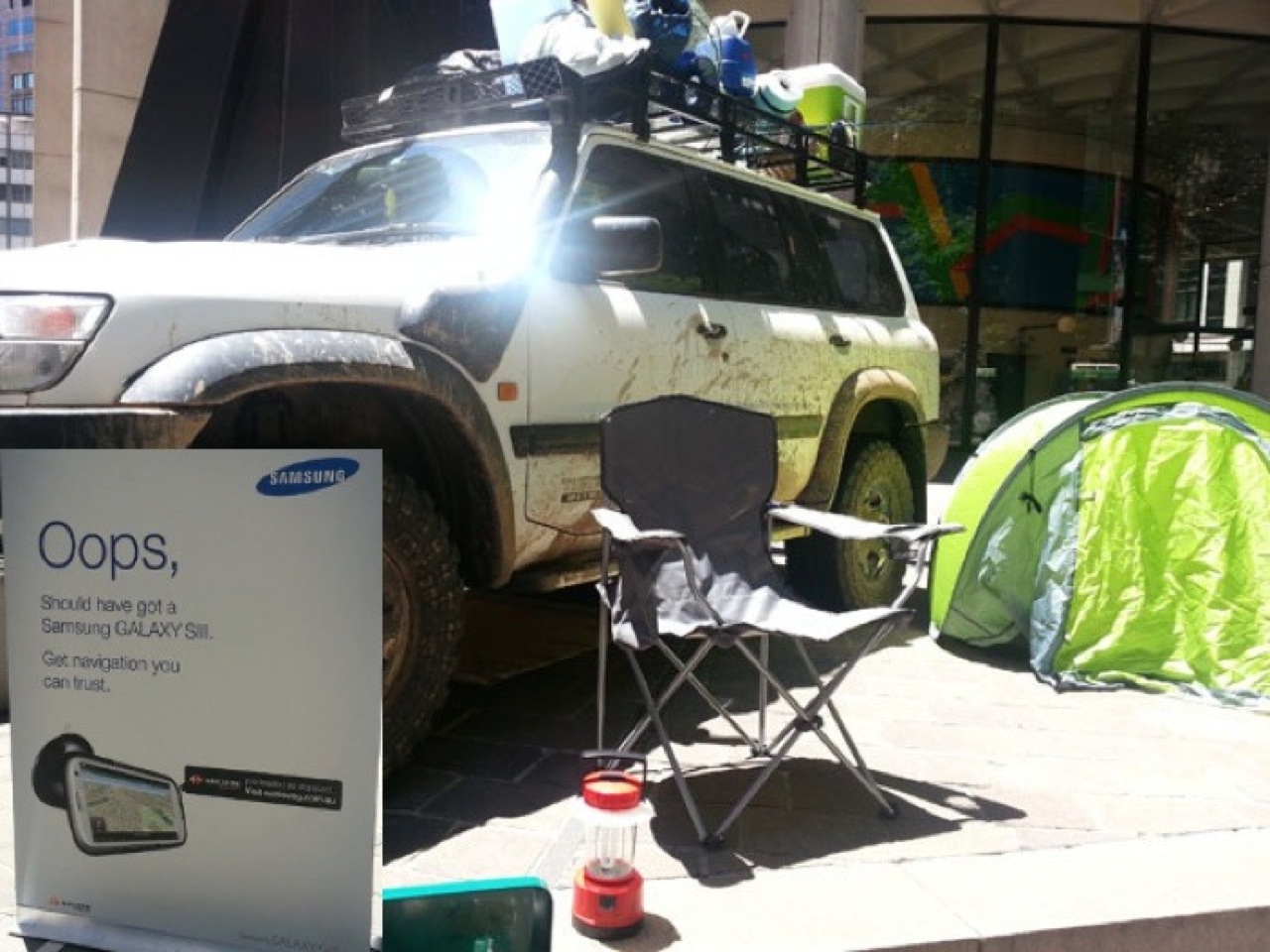 A couple of days back, Australian police alerted travellers to avoid relying on Apple Maps in iOS 6 after it led some people astray and stranded and even required police assistance to be rescued in recent weeks. Even though Apple fixed the error soon after, Samsung appears to be hitting Apple over the incident in its latest ad campaign.

While it might not be saying it directly, we’re pretty darn confident that it’s a bit of a dig at Apple’s Maps misplacing Mildura and raising the ire of the Victorian police. 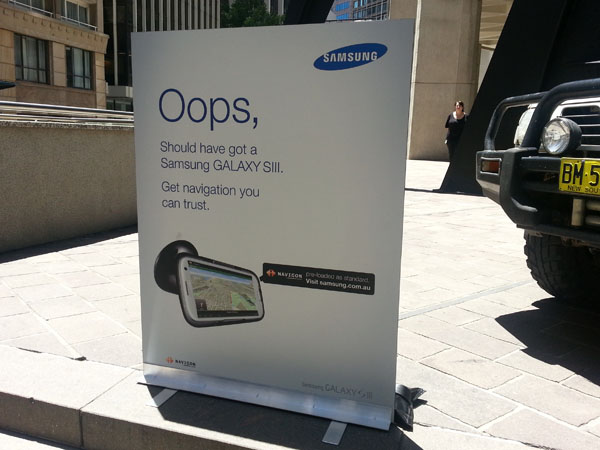 So guys, what do you say about Samsung’s dig against Apple this time?