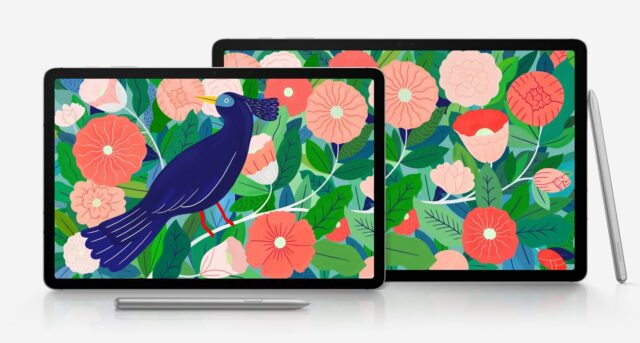 Samsung may be taking a page from Apple’s playbook when it comes to the design of the upcoming Samsung Galaxy Tab S8 Ultra. Rumours suggest that Samsung’s new tablet will feature a similar camera notch as the current 14-inch MacBook Pro.

Multiple sources have been leaning towards believing Samsung will replicate Apple’s notch design and use it for the Galaxy Tab S8 Ultra. As reported by Laptop Mag, known leakers have come forward with similar information, including SnoopyTech and Evan Blass.

Similarly, Evan Blass posted a series of renders on Twitter, one of which depicts the camera notch for the Galaxy Tab S8 Ultra. In comparison to the current MacBook Pro, the notch appears to be the same size. The purpose of both devices is to obtain more screen real estate by reducing bezels and maintaining the camera.

Upon the release of the new MacBook Pros, Apple did catch a bit of critical flak for the implementation of the notch. Some users have been against the notch while others have gotten used to it. Samsung must have seen the writing on the walls and believed it was the best approach for its premium tablet.

Granted, while the evidence is stacking, there’s no confirmed proof from Samsung that the Tab S8 Ultra will indeed feature a notch.