In a preliminary decision issued last week, an International Trade Commission (ITC) judge has said that Samsung infringed a key portion of an Apple patent by including a text-selection feature in its smartphones and tablets, Reuters reports. The full commission will now decide whether they will uphold or overturn the judge’s decision. 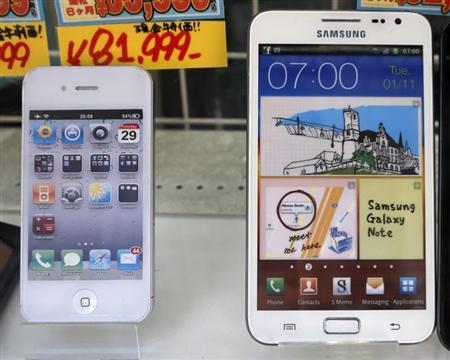 In the same decision which was issued on March 26 but kept confidential until yesterday, ITC judge said that Samsung did not infringe portions of a second Apple patent that allows a device to detect if a microphone or other device is plugged into its microphone jack. If the judge’s decision is upheld, the ITC can order any infringing device to be “barred from importation into the United States”.

“Apple has alleged that Samsung’s Galaxy, Transform and Nexus devices, among others, were among those made with the infringing technology”.

Apple had initially filed a complaint in mid-2011, accusing Samsung of infringing its patents in making a wide range of smartphones and tablet. ITC Judge had said in a preliminary decision in October that Samsung infringed four Apple patents but did not violate two others.

As part of its continuing production diversification initiative, Apple has ordered for a portion of its AirPods and Beats headphones to be manufactured in India. Apple has begun to double down on manufacturing its devices in India. As a way to lower its dependence on China, Apple has made an order to its suppliers to...
Steve Vegvari
13 hours ago