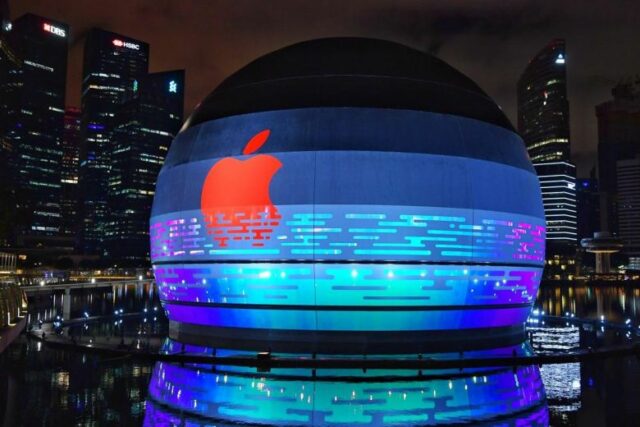 Apple is thinking a bit outside of the box with its third Apple Store in Singapore. Rather than a traditional retail space, the store which will be located at Marina Bay Sands will sit atop the water.

According to The Straits Times, Apple has announced that the third retail location in Singapore will be opening “soon”. The store will be occupying a large dome structure that was once a nightclub named Avalone. “Apple Marina Bay Sands is coming soon to Singapore, celebrating the first Apple store in the world that sits on the water,” an Apple spokesperson said.

“As with every Apple store around the world, Apple Marina Bay Sands will bring the best of Apple to our customers, at an iconic location in Singapore. We can’t wait to see you soon.”

Apple has rebuilt the structure where Avalone once sat between 2011 to 2016. In a report from 9to5Mac, the Marina Bay Sands store has been outfitted with glass panels which will reflect the nearby water and skyline during the day. At night, the structure will glow “with a gentle warmth”, evoking the design of lanterns carried during Singapore’s Mid-Autumn Festival.

The retail location will be connected to The Shoppes by an elevated boardwalk and an underwater passage. Due to the shape of the structure, this Apple Store will have an entirely different layout compared to more traditional Apple Stores.

Apple built its first Apple Store in Singapore in 2017 at Knightsbridge Mall. It was quickly followed up by the opening of the second at the Jewel Changi Airport in 2019.