Staples is holding a one-day sale on MacBook Pro and MacBook Air models this Saturday, January 26th both in-store and online. Details below: 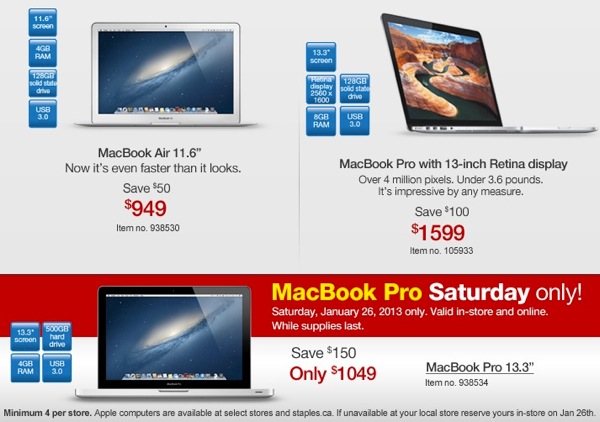 Your best bet would be to find these in-store, given the recent debacle (online orders were cancelled) with their online door crasher of the Apple TV for $79.