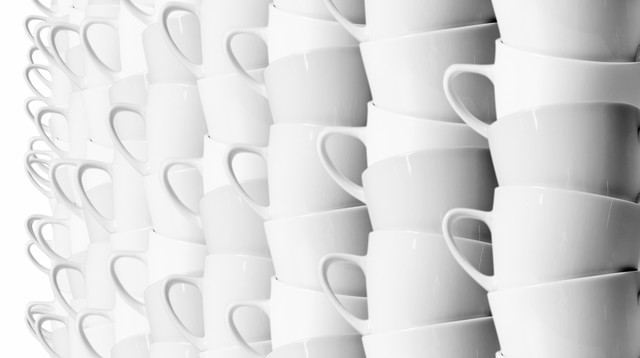 The first ever call from Apple’s original iPhone to the outside world was made by Steve Jobs on January 9, 2007, when he made a prank call to a Starbucks store in San Francisco, ordered 4,000 lattes and then hung up. According to Fast Company, who sat down with Starbucks employee Ying Hang “Hannah” Zhang, the recipient of Jobs’ call, orders for 4,000 lattes are now more common, thanks to Apple fanboys still wanting to partake in some aspect of Jobs’s legacy.

When Jobs hung up, a large crowd in front of him erupted in laughter because this wasn’t some ordinary prank call. Jobs was on stage at the Moscone Center, where he had just unveiled the original iPhone to the world. His call to the Starbucks that day was the first real public phone call made from an iPhone in history. Hannah said that after Jobs made the call, everyone copied him, prank calling the store and “ordering thousands of lattes to this day!”

With help from Starbucks, Fast Company was able to track down Zhang, a soft-spoken barista who goes by “Hannah.” Sincere and sweet, Hannah has been working at the same Starbucks for more than a half-decade. “Honestly, I was shocked,” she recalls. “I have never heard somebody order 4,000 lattes to go. I didn’t say anything because I was shocked. But my first impression was that he was just being humorous. He sounded like a gentleman.”

Hannah wishes she had said more to Jobs, had she known then that it was him (the exchange takes place at the five-minute mark in the video below).