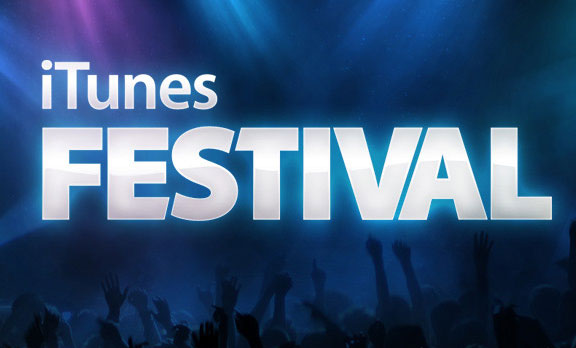 Since 2007, Apple has run the iTunes Festival event in London. It’s a completely free event and runs from September 1st to September 30th at the Roundhouse in London. The only way to attend is to win tickets to the concert, but if you’re one of our Canadian readers, I wouldn’t attempt to win them unless you have a means of transportation.

At least Apple isn’t leaving us completely in the dust; this year they have returned their universal iTunes Festival iOS application, and even have launched an all-new Apple TV app. Ultimately we can now watch the live performances sitting on our living room couch, each and every night.

Click here to view the performers and times of the performances. Also read the excerpt taken from the website below:

The iTunes Festival is coming back in September 2012. We’re inviting more than 60 artists to perform 30 consecutive nights of brilliant live music at the Roundhouse in London. Be sure to check back—we’re adding new artists to the line-up on a regular basis. Every ticket to the iTunes Festival is free—you can apply to win tickets to any performance.

–
If you can’t make the gig, watch the shows live or view them afterwards for a limited time on your computer with iTunes, or on your iPhone, iPad or iPod touch with the iTunes Festival app. To watch on your big screen, use Apple TV and click iTunes Festival from the main menu, or use Airplay to stream gigs wirelessly via the app.

Amazing this is all free, right? I see a boatload of great talent lined up. Click here to download the free iOS application.

Apple CEO Tim Cook recently sat down for an interview with BBC. Throughout the interview, Cook addressed the topic of the lack of women in the tech industry. On top of that, the CEO discussed EarPods, as well as the expected impact AR may have in the coming years. While speaking with BBC, Cook made...
Steve Vegvari
10 hours ago