Project Tango was unveiled earlier in February and stands for an Android-based prototype 5-inch smartphone and developer kit with advanced 3D sensors. What’s interesting in this project, though, is how it relates to Apple: a recent iFixit teardown has found that one of the key components comes from an Apple subsidiary, PrimeSense, a company acquired by the iPhone maker last November (via MacRumors). 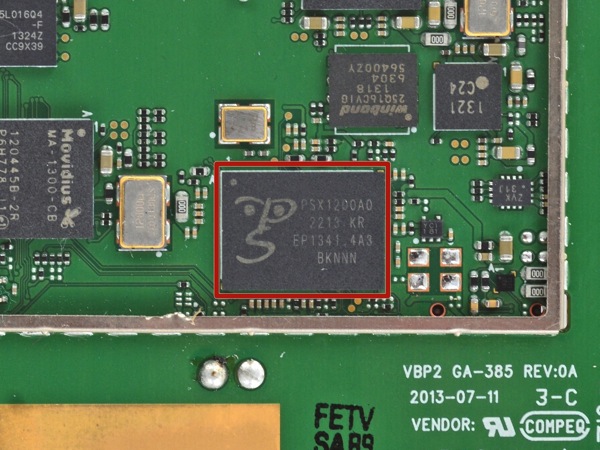 So, instead of just relying on the Movidius Myriad 1 3D sensing chip, Google has used the PrimeSense Capri PS1200 chip as well, a technology provided by a company that is now part of Apple.

What’s interesting here is what Project Tango could reveal about Apple’s future plans. The 3D-sensor-equipped smartphone is the first to use the system-on-a-chip developed by PrimeSense, so it is easy to see a possible direction the iPhone maker could take using the recently acquired technology.

iFixit also notes that Project Tango’s technology works similarly to the early versions of Microsoft Kinect Sensor, and PrimeSense is also responsible for developing that technology.

Alongside Project Tango, Amazon’s smartphone is also rumoured to feature multiple cameras for 3D mapping, so this makes us wonder whether Apple is playing around with the technology, since it owns it. However, the rumour mill has so far been silent about the iPhone 6’s 3D-mapping capabilities. Instead, the Apple TV was rumoured to get motion control capabilities similar to those of the Kinect.

Fresh off the heels of the launch of Apple's HomePod (2nd-Gen), TF International Securities' Apple analyst Ming-Chi Kuo believes a successor to the HomePod mini 2 could be on its way. In a tweet thread surrounding Apple supplier Goertek, Kuo discussed that the Weifang-based components company has "secured NPI and assembly orders" for the ‌HomePod mini‌...
Steve Vegvari
21 hours ago