According to today’s ruling by the Supreme Court of Canada, text messages have the same degree of privacy as other electronic communications and the police will have to treat them as private, The Globe and Mail reports. 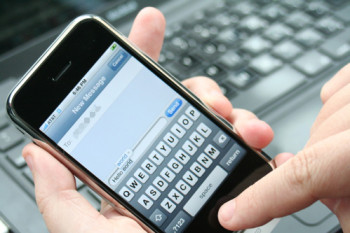 Text messages are as important as voice calls, as they bear hallmarks of traditional voice communication: They are conversational and instantaneous, although the transmission process is different. From Madam Justice Rosalie Abella’s point of view, this is the only difference between a voice call and text message. The police will have to go through a much more rigorous process to obtain a general wiretap authorization to gain access to text messages.

The background of the Supreme Court’s ruling is an order obtained by the police in Owen Sound which forced Telus to produce any text messages sent over a two-week period three years ago, given the text message’s low threshold of privacy.

Telus, however, argued that giving up its database of saved text messages would require a full wiretap authorization by a judge, as this constitutes interception of private communications.

“The decision confirms that text and other emerging new forms to communication will enjoy the same level of protection as traditional voice calls,” lawyer for Telus, Scott Hutchison said. “This is an important signal that the courts are ready to address privacy issues in information technology cases in a substantive and not a hyper-technical way.”

“The law makes it clear that a wiretap is only available to investigate the most serious crimes and only where the police can show that it is not practical to investigate those crimes any other way,” Mr. Hutchison added.

Telus’ case is different because unlike most other Internet service providers, the carrier saves a copy of the text messages its customers send. This, however, was the argument of the two judges dissenting with Justice Abella’s point of view: The police wanted to have a copy of what Telus already intercepted “for its lawful purposes”.

The general wiretap authorization is required, by the way, if police want to search the text messages sent through Telus’ rival companies.

In a recent interview, Apple engineer Esge Andersen discussed how the company achieved improved sound quality regarding the AirPods Pro 2. Much of the improvements came without the integration of lossless audio and it is all thanks to improved airflow instead. Speaking with What Hi-Fi?, Andersen pulled back the curtain about the improvements to audio...
Steve Vegvari
17 hours ago