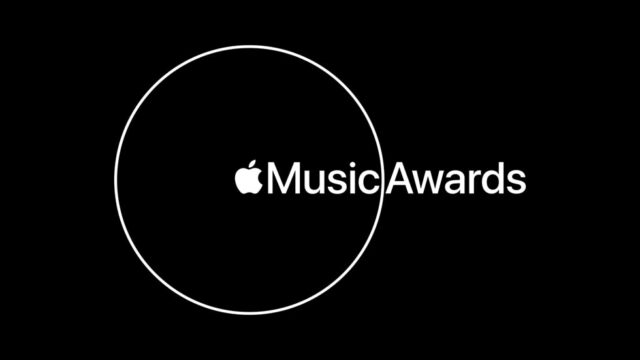 Apple has revealed the winners of the third annual Apple Music Awards. Artists such as The Weeknd, Olivia Rodrigo, and H.E.R. took top spots and walked away with awards.

Today, Apple announced the winners of the Apple Music Awards of the year. In a press release, the company states that it is “recognizing the best artists of 2021 and their influence on global culture.” Across five major categories, Apple has awarded artists based on Apple Music‌‌’s editorial perspective and what global listeners are tuning in to the most.

As a result, The Weeknd was awarded ‘Artist of the Year’ as his 2020 album ‘After Hours’ surpassed one million pre-adds on Apple Music. The album also became the most pre-added album of all time by a male artist on the platform. Plus After Hours holds the record for the most-streamed R&B/Soul album in its first week in 73 countries.

“I’m so grateful for this huge honor and want to thank Apple for all its support, not only for my work but also for great music by newer artists, where it matters so much for creators to be found and supported,” The Weeknd said.

Olivia Rodrigo was awarded ‘Breakthrough Artist of the Year’ and won the ‘Album of the Year’ award for her debut album ‘Sour’. Rodrido was also given an award for ‘Song of the Year’ for ‘Drivers License. “I did my first interview for ‘drivers license’ with Apple Music, and so much has happened since then,” Rodrigo said. “It’s truly surreal. Thank you to Apple Music for these amazing awards.”
The ‘Songwriter of the Year’ award went to H.E.R. and was awarded in recognition of her 21-track R&B album ‘Back of My Mind.’ “I am very honoured and blessed to receive this recognition,” H.E.R. said. “As a young Black and Filipino artist, and a woman who is on the stage giving my all, there’s no doubt that representation is important. Thank you so much, Apple Music.”
This year’s Apple Music Awards also recognized various global artists including Wizkid, Aya Nakamura, RIN, OFFICIAL HIGE DANDISM, and Scriptonite. Each was awarded ‘Artist of the Year’ for their respective country.
Apple will be hosting a celebration for the Apple Music Awards on Tuesday, December 7, 2021. Interviews, original content and more will be streamed via Apple Music and Apple TV.