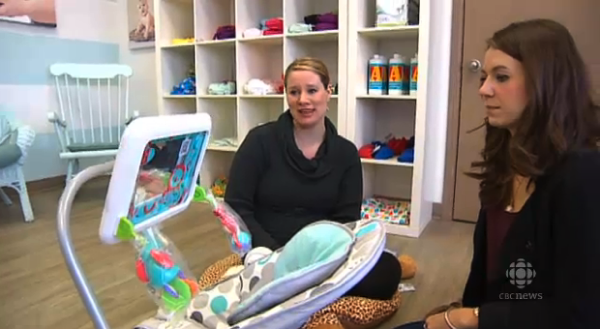 Fisher–Price believes technology is what your child needs in order to learn – be it newborn or toddler – so they are launching and promoting a product called Newborn-to-Toddler Apptivity Seat for iPad device. The product will reportedly put “play and learning at baby’s fingertips” (via CBC).

As a father of two (aged 1 and 3), I fully agree with parents like Emily Essay, who says she will skip it and interact with her baby instead. What this product suggests is that parents can be replaced by technology, which is insane. 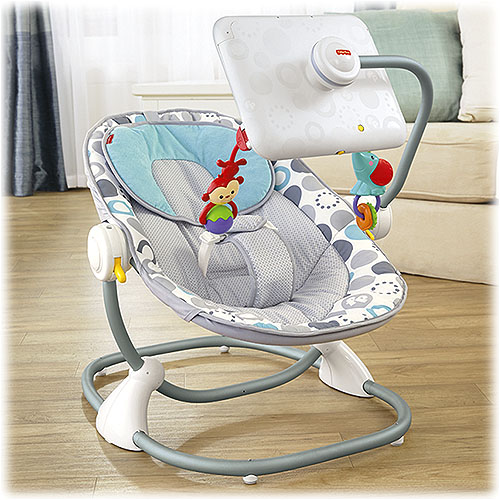 In fact, screen time is not even recommended for children under the age of two. From what I know so far, this is a very hard task for a parent that has multiple multimedia devices in the house such as an iPad, iPhone or TV, because children spend their time near the parents, as they see them as a source of activities and stimulation; this human interaction cannot be replaced by an iPad.

“If parents don’t want to use the iPad, they can remove the device and a mirror will be overhead, or they can remove the bar completely. The choice is theirs,” Dr. Kathleen Alfano, Fisher-Price’s senior director of child research said in an email sent to CBC.

I would say parents need to fight against every second of screen time by interacting with the child, just like Emily.
Fisher–Price obviously has a product to sell, and the easier thing to do for a busy parent is to put the child into the bouncing seat and do nothing but launch an app or video.

Winther said watching apps on a tablet’s screen can overstimulate a baby.

“They can’t focus on one or two things. They’re overwhelmed,” she said.

“As an adult, when you get overwhelmed, you can get up and leave a room or you can find a quiet place. A baby can’t do that.”

Would you buy this Fisher-Price product for your baby?