This Is The Phone Samsung Believes The iPhone Copied [Photo]

I’m not sure what your thoughts are, but I’ve found this Apple vs Samsung court case hilarious thus far. Everything seems to be heading in the correct direction for Apple.

Samsung sent a countless number of emails trying to convince judge Lucy Koh to include important evidence into the case. The evidence was never granted access into the case, but Samsung’s lawyer John Quinn decided to send the evidence to the press, and now the prototype evidence is published all over the internet. 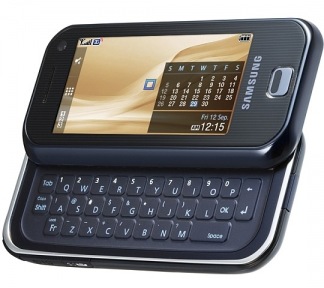 The device that Samsung never published as evidence, nor publicized to the press happened to be their F700 phone. They claim that the device pictured above “would have established beyond doubt that Samsung did not copy the iPhone design.”

This phone lacks any similarity to the original iPhone. You’re talking a QWERTY slide-out keyboard and a screen much smaller than the iPhone. For Apple, this would be great evidence to prove they didn’t copy Samsung.

Taking on the proof — the F700 was announced a month later than the original iPhone, in February of 2007. It would’ve been near impossible for Apple to have infringed on Samsungs plans.

In the comments, tell me if you notice any similarities.