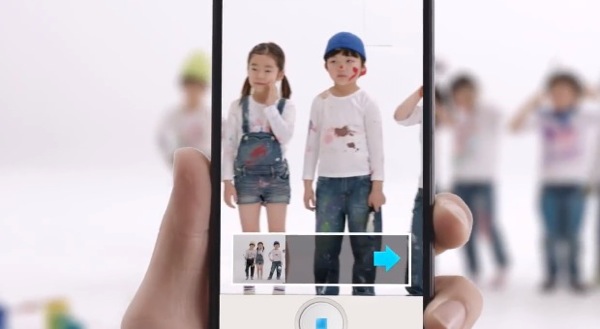 The LG Optimus G Pro features a panorama mode similar to what’s available in iOS 6, but it also includes an option take 360 degree panoramas, similar to what we’ve seen in apps like 360 Panorama that launched years ago.

Introducing the iPhone 5. Now taking beautiful photos in panorama is as simple as saying “cheese”.

…and now here’s the LG ad, knocking Apple’s commercial. It uses the tale end of “kimchi” to simulate “cheese”:

Last December, LG launched an Optimus G ad slicing Apple in half. What do you think? Is this a clever ad that showcases what Apple should implement for its next panorama addition, or is LG just hatin’?

[via Android in Canada]

Weeks after the official launch of the iPhone 14, Apple is already scaling up its new flagship product production. In order to meet demand, Apple will now be manufacturing its devices in India via Foxconn's plant in Sriperumbudur, Tamil Nadu. Apple officially revealed the iPhone 14 series on September 7th. Following its launch soon after,...
Steve Vegvari
5 hours ago