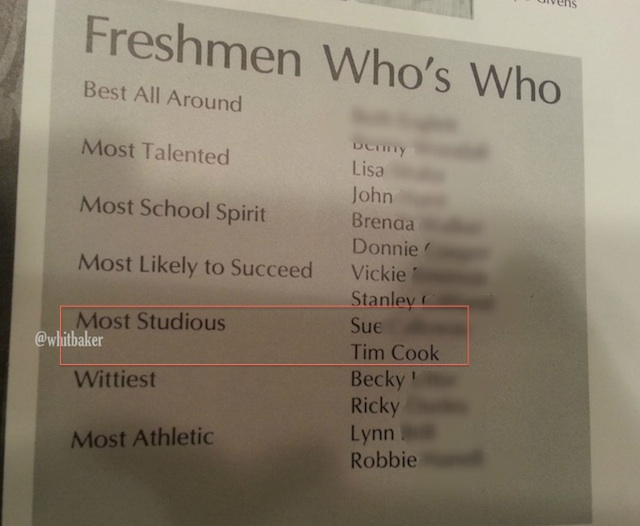 Apple CEO Tim Cook’s recently released High School photos from the 1975 and 1976 yearbooks from Robertsdale High School, reveal that Apple’s top executive was also a top student, as he was voted as “Most Studious” two years running, both as a freshman and as a sophomore (via Reddit). 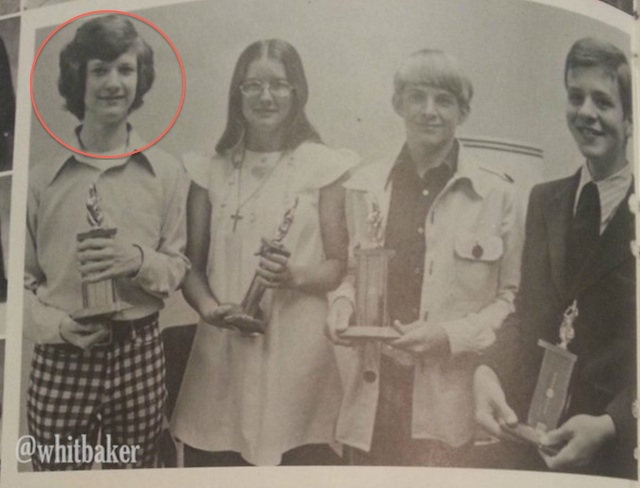 Published by a Reddit user, the photos show Tim Cook wearing a snazzy pair of plaid pants and holding a trophy. Here’s how the Redditor acquired these photos:

“Tim Cook attended the same high school as my mother, and she spoke highly of him. These are pictures from the 1975 and 1976 yearbooks from Robertsdale High School in Robertsdale, AL. She passed away in February 2011, but was following his success in Apple, and was quite proud (she was two years older). She served as editor of the yearbook her senior year, and he was part of the yearbook staff. Also, while in high school, he worked for my grandfather’s independent pharmacy in town. He passed it down to my mother, and I am currently working there now. I hope you guys enjoy these old pictures, I thought it was cool to see someone so successful back in the day!”

Hit up this link for more photos of Tim Cook from the yearbooks.