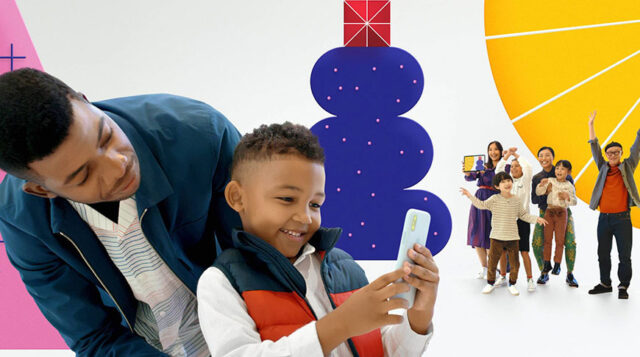 Apple has released a new Today at Apple program to get families into the creative spirit this holiday season. The new project book contains gift ideas that can be created using tools and software on iPhone and iPad.

The new Today at Apple webpage has marked the new program as “Make Your Holidays”. Included, is a free 74-page project book that is available from now until December 31st. Apple encourages families to “get started with easy-to-do projects your family and friends can enjoy together — whether near or far.”

The project book contains project tips and inspiration for gifts to give this holiday season. Many of the project ideas revolve around creating posters, cards, video reels, and family portraits to commemorate the season. Many projects rely on Apple’s native apps. Though some do rely on third-party apps such as Procreate.

Additionally, weekly virtual sessions will be held through Today at Apple. During the sessions, Apple Creatives will offer tips for projects contained in the book. The first one is slated for November 23rd. The first one scheduled is an Art Skills session, focusing on personalized cards or “Gratitude Grams”. There is also a Photo Skills portion creating unique feative group portraits to be gifted.

Make Your Holidays is available now. However, as listed on the webpage, it is not available in Quebec.