Wozniak Says the iPhone has Fallen “Somewhat Behind” on Smartphone Features

Apple’s No. 1 employee – who now has only very limited contact with the company – Steve Wozniak, thinks Apple has fallen somewhat behind with features in the smartphone field, allowing competitors to close the gap. He shared his thoughts about Apple, how they picked up the name, and where the company stands right now, speaking with the German Wirtschafts Woche newspaper at the Business Week Best Brand Awards (first spotted by Macrumors). 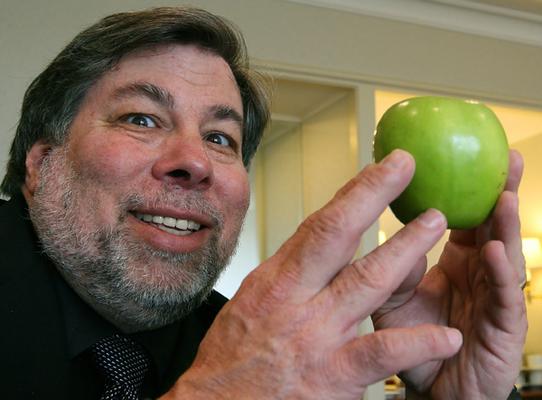 “I am proud that we have such loyal fans. But this loyalty is not given, the need to have the best products is always there. Currently we are in my opinion somewhat behind with features in the smartphone business. Others have caught up. Samsung is a big competitor. But precisely because they are currently making great products.”

The context, though, was how proud he is of Apple and his products. He also explained the reason behind the name: they picked up the name of Apple from the proverb “an Apple a day keeps the doctor away”, because they wanted to take the fear of computers.

Although he could get an Apple product before its official launch, Wozniak also explained why he stands in line at Apple stores to purchase the new product on launch days.

“The launch of a new Apple product is for me like a big, major concert which you absolutely must attend personally. It’s history. Sure, I could order online or call the store manager so that they smuggled me in the back door. But that would be nothing. No, I will have the experience like any normal customer. But one thing is certain. If Apple made lousy products, I would not be in line.”

As his words show, Apple’s co-founder isn’t shy when he speaks about Apple, and we could see him opening up for alternatives.