‘Zookeeper World’ is Coming to Apple Arcade on September 10

Zookeeper World, a puzzle and zoo building-based game from Kiteretsu Inc., is will be available to play on Apple Arcade starting Friday, September 10th.

Apple has confirmed that the follow-up title to 2003’s Zoo Keeper is launching exclusively on Apple Arcade. 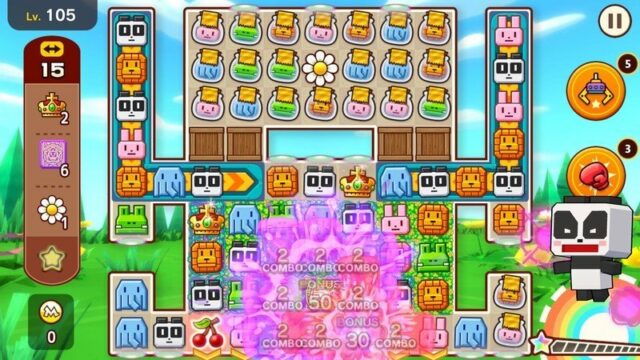 Zookeeper World is described as a match-three puzzle game, where players will also build their own zoo. The App Store listing for the title goes into more detail on what players can expect when diving into the title.

Get through a variety of puzzles and collect Coins to fill your zoo with cute animals, plants and more! They’ll increase your zoo’s Charm and attract all sorts of visitors!

As you complete requests from these visitors as well as the Boss, your zoo rank will increase. Before long, you’ll be expanding and customizing your zoo with various designs and decorations! You just might come across a family of ducks or a calico cat, or even cruise around in a UFO! With endless ways to spice things up, there’s never a dull moment as a zookeeper!

The original Zoo Keeper launched on Gameboy Advance but it wasn’t until the Nintendo DS release of the game in 2004 that it built its cult status. Since then, Zoo Keeper has retained a dedicated fan base yet Robotic Communications, the developers of the original never went back to the well.

Apple Arcade is available in Canada for $4.99/month.