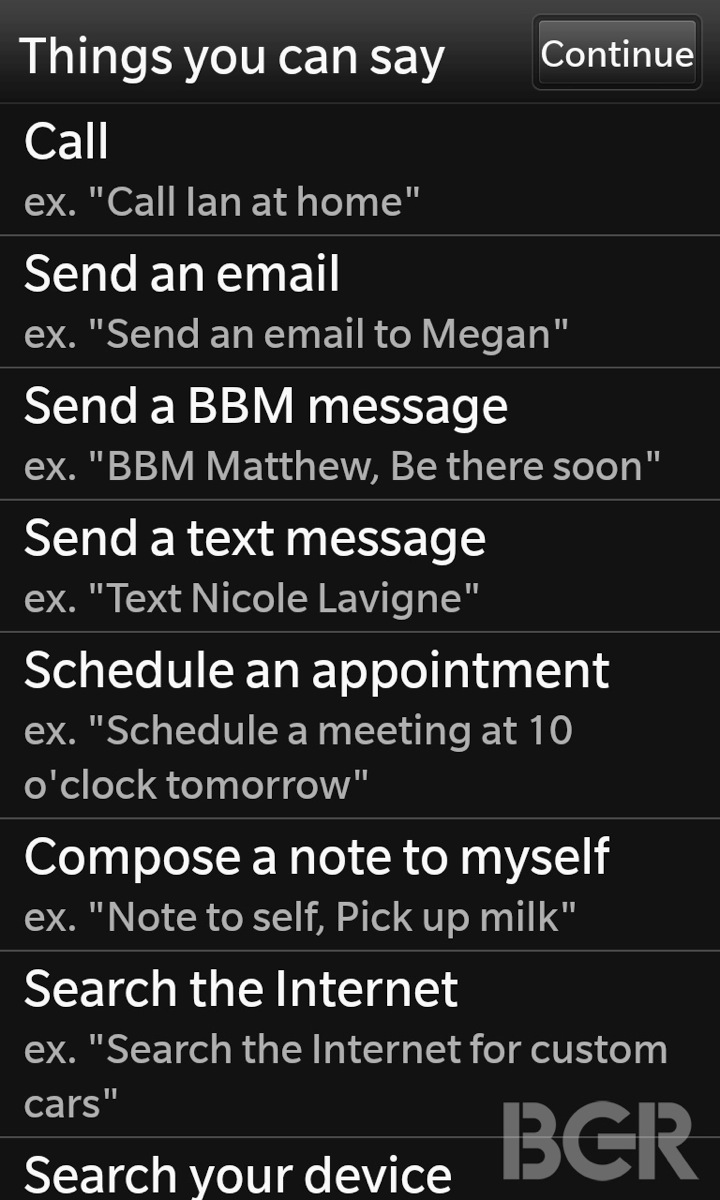 The screenshot clearly shows that users can initiate phone calls, send emails, BBM and text messages as well as search the internet or their BlackBerry device by using voice commands much like Siri in iOS. Of course we’ll have to wait for the official launch event to be sure, which will take place in New York City on January 30th where RIM will formally announce the BlackBerry Z10 and BlackBerry X10 smartphones running the all new BlackBerry 10 OS.

Meanwhile, we have embedded below a hands on video comparing the iPhone 5 with BlackBerry z10 smartphone. Take a look and share your thoughts with us in the comments section.