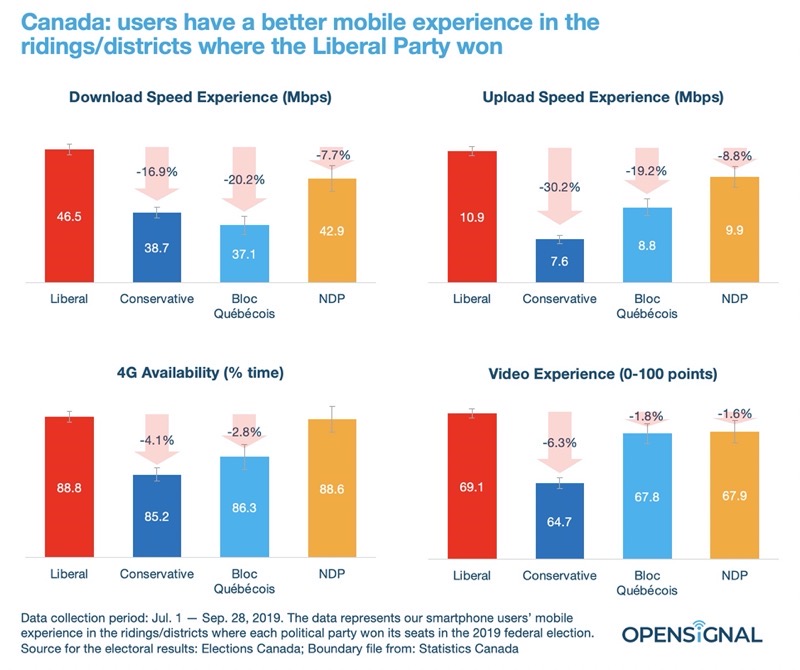 OpenSignal has released a report this morning analyzing data from smartphone users based on electoral districts from the recent conclusion of the 2019 Canadian federal election, which saw the Liberal Party of Canada form a minority government.

OpenSignal concluded, “Our data confirms these results: as the Liberal Party is more likely to win its seats in highly-populated urban areas, our users in those ridings are also more likely to have a better mobile experience.”