AT&T has announced its top-tier $60 GoPhone prepaid plan, will get 4GB of high-speed roaming data to use in Canada and Mexico to go with the U.S. This comes on top of unlimited talk and text from the U.S. to landline and mobile numbers to Canada and Mexico. Customers that subscribe to Auto Refill get $5 off per month, so that takes this plan down to $55 per month. 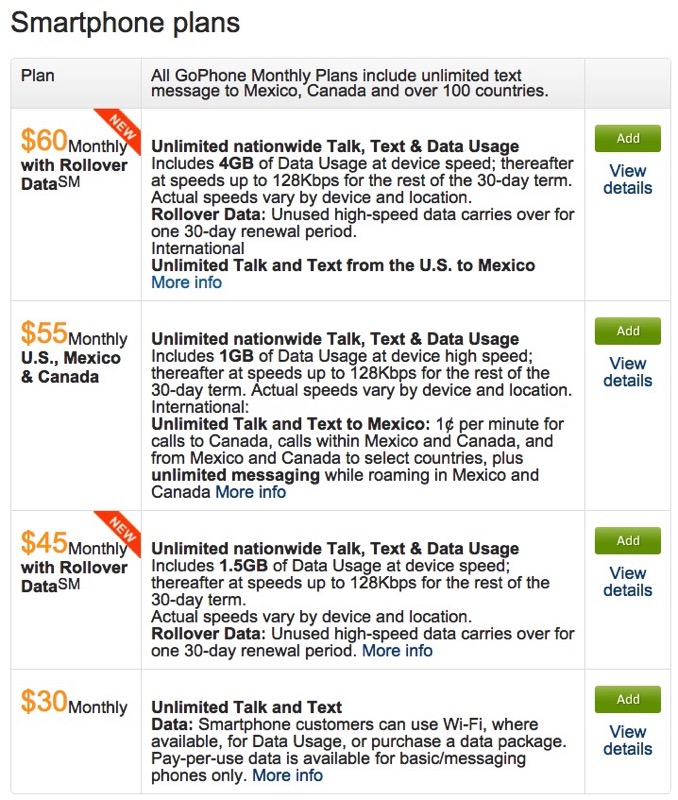 This added option to now include Canada for roaming follows in the footsteps of other carriers like T-Mobile’s unlimited offering launched in July. For Canadian snowbirds that live in the U.S. for six months of the year or longer, these new plans just provide more options, on top of other services like Roam Mobility.