Last month we reported the CRTC was adding the new ‘236’ area code for British Columbia and as of today it is now live. The new area code will be introduced gradually across the province, given to residents or businesses setting up new lines where existing numbers with area codes 604, 250 and 778 are no longer in supply. 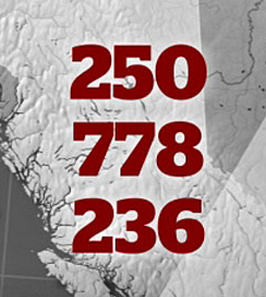 As mentioned before geographic long distance boundaries are not affected by the new area code. The CRTC had originally anticipated BC would experience a shortage of numbers by 2016, however the increase in smartphone and cellphone adoption has increased demand at a faster rate than normal. Let us know if you happen to get a new number with the 236 area code.

Here are the latest Canadian cellphone plan and device deals, plus other promos from wireless carriers such as Rogers, Telus and Bell, from our partner PlanHub. As always, the promos may change at the last minute, but here they are as of Wednesday, February 1, 2023. Check them out below… Bell Noticeable price changes: Samsung Galaxy S23 […]
IIC Deals
9 hours ago