Bell customers on the $105/month Voice & Data Plus plan should be aware the company has just doubled the shareable data from 3GB to 6GB. 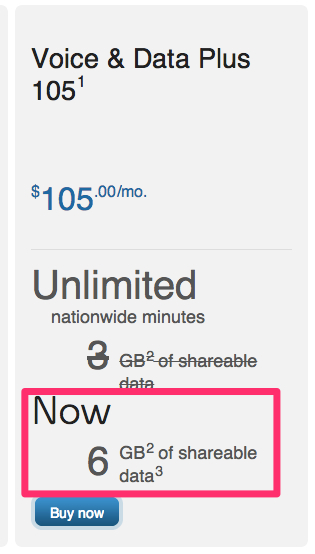 The move appears to match Rogers, which similarly offers a 6GB data plan as a promo (until March 12) for its $105/month Share Everything plan. Telus has not made any changes yet to match these promos.

If you’re on these plans, be sure to call in and get your extra data.

Update: It appears the 6GB promo has been ongoing and not new as of today; it expires on March 13.

Here are the latest Canadian cellphone plan and device deals, plus other promos from wireless carriers such as Rogers, Telus and Bell, from our partner PlanHub. As always, the promos may change at the last minute, but here they are as of Wednesday, November 30, 2022. Check them out below… Bell Noticeable price changes: Get iPhone 14 […]
IIC Deals
22 hours ago