If you missed out on Boxing Day iPhone 6 sales on 2-year terms, Costco mobile kiosks have the entry model available from Bell, Rogers and Fido for $77.99, and Virgin Mobile for $127.99. 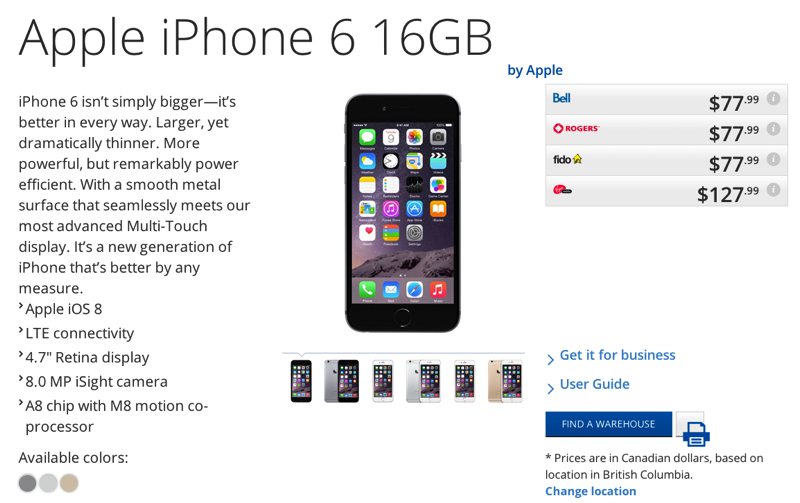 Of course you’ll have to meet the minimum plan requirements, but if you’re into getting subsidies, this sale ends today and is available at locations nationwide.

We did see some Costco mobile kiosks in Alberta offer a $75 Costco gift card with iPhone 6 activations, taking the price down to “$2.99”, on Christmas Eve.

For TELUS users, Future Shop has the entry iPhone 6 available for $99.99 on contract, available today.

The Canadian government on Wednesday announced the results of a residual spectrum auction that concluded on January 17. Residual spectrum auctions are a way for Innovation, Science and Economic Development Canada to sell licences that weren't sold in previous auctions or were returned. Ottawa held an auction for the 3,800 MHz bands in June 2022,...
Nehal Malik
7 hours ago

SaskTel announced on Wednesday it has started rolling out its 5G wireless network to the Battlefords, offering faster download speeds. The Saskatchewan crown corporation says it recently debuted its 5G network in the Town of Battleford, but expects all of Battleford and North Battleford to have full access by the summer of this year. “Our […]
Gary Ng
12 hours ago