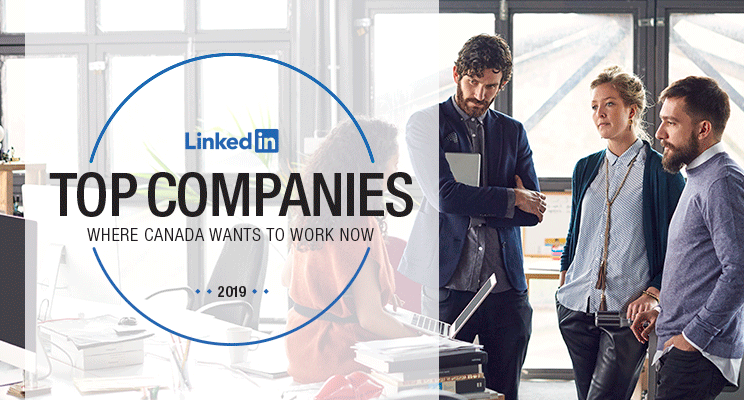 LinkedIn has released its second annual list of the ‘Top Companies’ in Canada, which are the most sought-after places to work.

According to Microsoft-owned LinkedIn, they use “billions of actions taken by LinkedIn members around the world to uncover the companies that are attracting the most attention from jobseekers and then hanging on to that talent.”

LinkedIn says the data reveals what members are doing “in their search for fulfilling careers,” writes Editor in Chief, Daniel Roth. Canadian LinkedIn members’ anonymized actions are examined across four pillars: interest in the company, engagement with the company’s employees, job demand and employee retention.

Data in this Top 25 list and others excludes LinkedIn and their parent company Microsoft.

When it comes to Canada’s big telecoms, Bell and Telus made the Top 25 list, which you can see below at the 11th and 14th spots respectively, while Amazon was 16th and Google parent company Alphabet at 25th. Rogers is absent from the list:

Both Bell and Telus saw “Sales, Information Technology, Engineering” as the job functions with the most hires, according to LinkedIn.