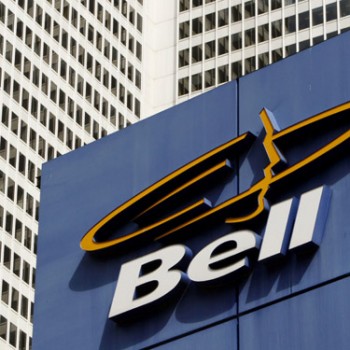 Total revenues increased to $4.9-billion, beating analysts’ expectations on net income with profit of $642-million, compared to $454-million in the same period a year earlier.

In the wireless environment, the company added nearly 127,000 new wireless customers in the post-paid category. That amounts to a growth of 6.1%. Smartphone users have also increased, now representing 43% of total postpaid subscribers, versus 26 per cent last year. Bell has almost 7.4 million wireless subscribers.

The number of new wireless subscribers was slightly below some analysts’ estimates of 140,000, and down from the same time last year, but Bell’s relatively strong results come as Canada’s wireless environment becomes increasing competitive.

In a sign of the times, Bell’s home phone business continues to suffer, declining more than 110,000 subscribers.

Bell Media’s streaming service Crave is back with another promo for the holidays, again offering 25% off its top gift card. Last year, Crave offered 25% off its $100 gift card, resulting in customers paying $75, saving a cool $25 off. For 2022, Crave is offering up the same promotion again. You can buy a […]
IIC Deals
12 hours ago